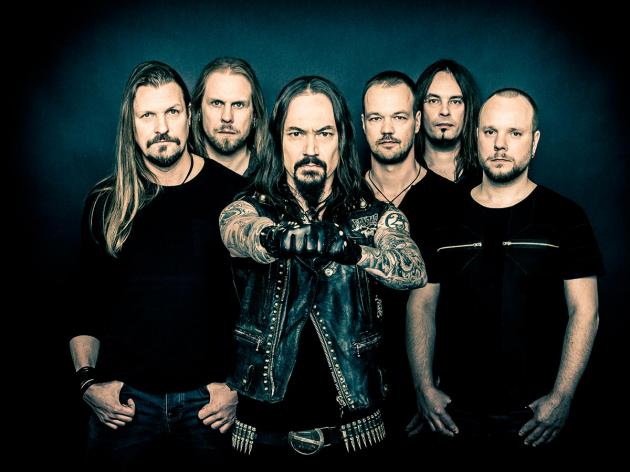 Tomi tells us how he and his bandmates experienced the lockdown and how it was to record an album during this time. We talk about AMORPHIS' new album "Halo" and line-up changes, and Tomi shares how grateful he is to their fans.

Vocalist Tomi Joutsen and base player Niclas Etelävuori are telling us, how the became memeber of AMORHPIS and which role the Finnish National Epic "Kalevala" plays for the band.

Producer Jens Bogren tells us about the recording process and the special guest on the album. Vocalist Tomi Joutsen & base player Niclas Etelävuori are telling us about the Finnish summer, how they experienced working with Jens & their favorite songs.

Esa Holopainen and Tomi Joutsen telling us how it was for them to get the "Metal album of the year" award of the German music magazin "Metal Hammer" and how it feels that their album "Circle" nominated for an Emma award in the same category.

Interview with AMORPHIS´ guitar player Esa Holopainen before the concert in Cologne, Germany. Esa tells us about the tour start, the new album "Circle" and of course "Kalevala".