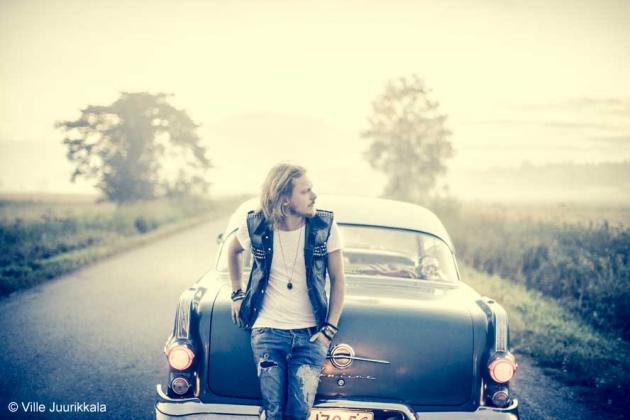 JONNE AARON performing the song "Kaipaan sua" (I Miss You) at "Joulu Mielelle" concert 2014. Recorded at "Logomo" in Turku at the 26th of November 2014.

Interview with JONNE AARON at "Joulu Mielelle" concert 2014. Recorded at "Logomo" in Turku at the 26th of November 2014. "Joulu Mielelle" (Christmas spirit) concert is one of Finland's biggest annual charity concerts to support childern's clinics

Jonne tells us about the recording process of "Risteyksessä", how it was to work with Jimmy Westerlund again, the difference between "Onnen vuodet" and "Risteyksessä" and why his international fans are important to him.

Recorded at Kaapelitehdas at the 31st of October 2014, the release day of Jonne's second solo album "Risteyksessä". Jonne tells us about his new single "Yksin", how he experienced the video shooting and why he started singing in Finnish.

Jonne tells us about his tattoos, his oline shop, which role religion, belief and spirituality play in his life, and why charity is importtant to him.

JONNE AARON & PAHAT SEDÄT live on stage at DBTL (Down By The Laituri) - festival 2014. Photos taken at the 24th of july 2014 in Turku, Finland. Photos by Kati Rausch / Music Interview Corner

The frontman of the band NEGATIVE tells us about his first Finnish solo album "Onnen vuodet", his single "Taivas itkee hiljaa", his collaboration with rapper CHEEK and his upcoming plans with NEGATIVE.