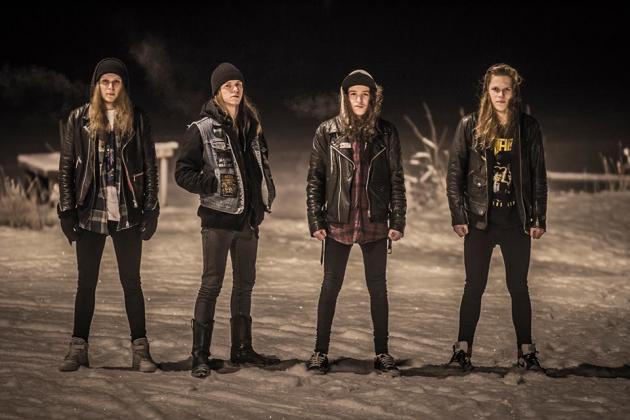 Samy tells us about "If The Sky Came Down" and the story behind his favorite song "Suffocating", and how much the music and the fans helped him to overcome dark times.

LOST SOCIETY's 3rd album "Braindead" will be published on February 12th 2016 and frontman Samy Elbanna took time to tell us the whole story behind this record and it's extraordinary cover artwork.

Frontman Samy Elbanna tells us about his inspiration for the song "Only (My) FDeath Is Certain", the upcoming UK and Europe tour and the new tattoos he is about to get.

Samy, Ossi, Mirko and Arttu are telling us how it feels for them to be nominated as band of the year and that "Terror Hungry" got a nomination as "metal album of the year", and how they experienced their European tour.

Frontman Samy Elbanna tells us about the new album "Terror Hungry", the secret story behind the album cover, the connection to SANTA CRUZ, the upcoming Europe tour and how it feels, that so many Finnish bands are LOST SOCIETY-fans.