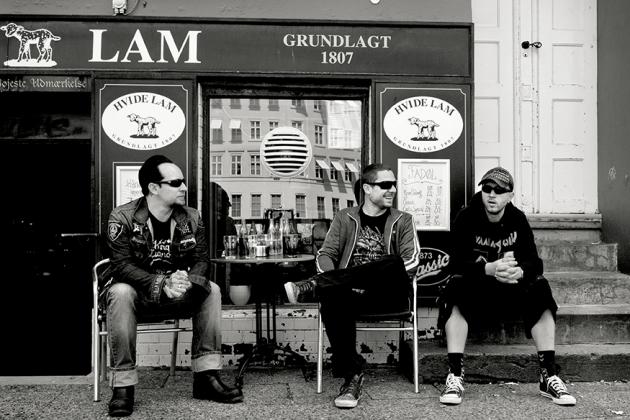 Interview with VOLBEAT at the concert in Oberhausen

The "König Pilsener Arena" in Oberhausen, Germany was totally sold out last Saturday, when the danish band VOLBEAT played the last of the five Germany concerts of their "Beyond Hell / Above Heaven" tour. Between the soundcheck and the concert I met drummer Jon Larsen for an interview.

At the moment you are on your Europe tour, and in january you will start your America tour. Is there a difference between the audience in Scandinavia, Germany and the USA?

No, overall not. They are about the same, no matter where you go.
Of course the languages are different. I thought, the American audience would be more relaxed. But they are just like everybody else.

What was your best experience on this tour?

There were a lot, I think. Milan was incredible, because we had never played there before. In France it´s not always easy. Of course the German shows were fantastic all the time. Frankfurt, Stuttgart, Munich - everywhere it was a positive experience.

And what was your worst experience?

The worst, the worst... It´s hard to say it like that... When we were playing in Paris, it was soo warm. We were sweating so much, that we looked as if we had just been in the swimming pool with clothes on. And in Munich it was also extremely hot.

What can your fans expect from your new DVD?

What is your favourite song from the new album?

That varies a bit. I think, "The Mirror And The Ripper" is a fantastic song and it´s fun to play it live. I think, "Fallen" is a fantastic song, too. It´s really incredible to watch to audience´s reaction to "Fallen". Sometimes the audience even cries. When it happened for the first time, we thought, it was because we were playing so bad... (Jon is joking).